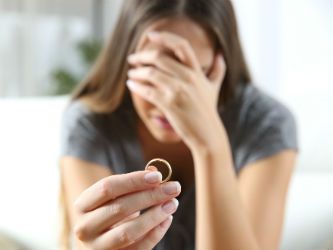 Thanks to infidelity, many relationships have been destroyed to the point of no return. But what causes people to look for love outside their relationship? Reasons for cheating in a marriage include dissatisfaction in the current relationship, unresolved issues, and boredom.

Frustration or discontentment in marriage is one of the primary reasons that cause partners to be stray. However, some people may be hard-wired for infidelity — they may naturally lack empathy, have no desire for monogamy, or enjoy the thrill of doing it without being caught. Here are six reasons why people stray in marriage.

Partners seek emotional as well as physical intimacy in an extramarital affair. The need for emotional intimacy is more if you do not feel a connection with your primary partner. Continuous frustration with an unresponsive partner often leads to infidelity. Lack of communication reaches a stage where you only negatively interact with your spouse. Not dealing with the issues that come up in every marriage often turn into a fatal blow to the relationship.

Often partners having a difference of opinion tend to evade the issue rather than resolve it. In such relationships, there is no sense of closeness. Differences of opinion often signal other underlying problems in a relationship. For instance, conflicts may happen due to feeling unappreciated, career issues, or political differences.

# 3 Lack Of Physical Intimacy In The Relationship

There is never a single reason why a partner turns to infidelity. Men and women have complicated beings with numerous inexplicable reasons for their actions. Either something’s not exciting enough in the current relationship or finds someone else genuinely enticing. When people’s physical or emotional needs are laking, they will typically look for it elsewhere.

#4 They Are Attracted To Someone Else

After a certain period, people prefer something new in a relationship. This motivation moves beyond inquisitiveness to some challenge to measure if they are still deemed attractive by the opposite sex. The appeal of something, and more specifically, somebody new, might lead people to opt for infidelity.

#5 They Consider Their Relationship To Be a Dead End 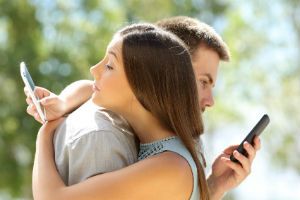 Often in a strained relationship, partners prefer to quarrel rather than reveal their unguarded side and acknowledge their dependence. It’s all about proving that you are right. Proving your right ultimately reaches a point when you feel your partner has no feelings for you at all.

When people persistently nurture such feelings for their partners (without their partners doing anything to reassure them), they tend to stray. There is a possibility of rekindling your relationship if you can stop arguing and look for alternate ways to re-connect.

A complex blend of yearning, distress, and the need to connect with another person is the primary reason for infidelity. But at times couples become tempted. Doing so without any intention of breaking away from their current relationship. More often than not, there is a hidden reason for infidelity. And people tend to put the explainable into the “adventurous” category.

These six reasons rarely stand alone. If you have questions about if your partner is cheating, the best place to start is With AMS Private Investigators 15 questions to ask yourself.

Category: Cheater Investigation Posts
Others From The Blog
Go to Top