AMS Houston Private Investigator is owned and managed by Mike Schenck. Mike began his investigative career as a Special Agent in the Air Force Office of Special Investigation (AFOSI), where he planned and managed criminal, fraud, and counterintelligence investigations. Moreover, he served as the Commander of the AFOSI detachment at Tyndall Air Force Base, Florida, the Chief of the Counterintelligence Division, Clark Air Base, Philippines, and the adviser to the Commander, Electronic Security Command, Kelly Air Force Base, Texas, on criminal, fraud and counterintelligence matters.

During his Air Force career, he assisted in protecting two U.S. Presidents and various other dignitaries. For instance, he conducted a wide range of criminal investigations, including theft, child abuse, assault, drugs, rape, homicide, espionage, and terrorism. Mike earned two Service Medals and an Air Force Commendation Medal while on active duty and retired honorably as a Major.

After his Air Force career, Mike worked for a bank as the Director of Corporate Security, where he developed and implemented bank-wide security procedures and programs and managed and conducted criminal investigations.

Mike is originally from Florida, where he earned a Bachelor of Arts in International Affairs from Florida State University. As well as, a Master of Science in Criminal Justice from Rollins College in Winter Park, Florida.

These combined years of experience as a Houston private investigators have inspired Mike and Diane. As a result, they founded AMS Private Investigations Inc. Also, they have also written many infidelity clues pieces. And have helped 100’s of people get the answers they deserve! 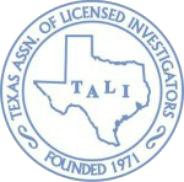 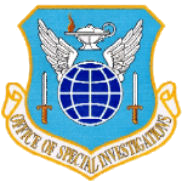