Looking for a Katy Private Investigator Company? AMS specializes in infidelity investigations in and around Katy, Texas. Check out this solved case, then give us a call. 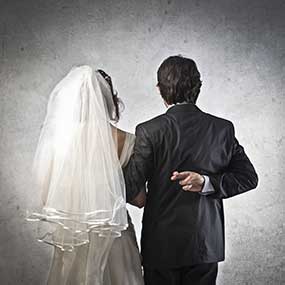 Our client suspected her fiancé of infidelity. Mostly because of his unexplained suspicious behavior. Moreover, his behavior raised red flags and had her questioning their upcoming wedding. As a licensed Professional Katy Private Investigators Company, we have experience handling such cases.

First, because cheating often involves someone familiar, we focused our investigation on his local activities. After determining the fiancé’s schedule, we started the targeted surveillance. For instance, we started with the most likely times of infidelity.

Therefore, our Private Investigators started with the outside of the fiancé’s work schedule. Within a week, the fiancé was meeting an unknown female at a fitness center. The two were observed at the gym and later leaving the facility in separate cars.

Our Katy Private Investigators Company followed the pair to a local residence. The fiancé and female were entering the home together. After one hour, the fiancé was photographed by the detective kissing and groping the female. Finally, the fiancé then headed to the place of residence he shared with our client.

After further research, we determined the unknown female was a good friend of our client and the fiancé. Our investigation provided the proof our client needed to make an educated decision about her wedding plans.

What Our Clients Say:

“AMS Investigations did a wonderful job when I hired them. Mike, Thank you. You always answered when I called, kept me calm and helped me through the process. I needed to know, and you and your team help confirm what I suspected. I appreciate your patience and being honest with me.”

“It was a pleasure to do business with this company. I received a very quick response and the job was completed to my satisfaction!”

“I appreciate the excellent quality and professional work that you did on my behalf. I thank you for your assistance and expertise in this matter.”

“Mike, I want to thank you from the bottom of my heart. I had doubts about my 30-year marriage, but you were the saving angel. I thank you for your patience and being straight with me.”